Public speaking is about more than speaking | Joe Birch
posted in Productivity on August 26, 2016 by hitherejoe 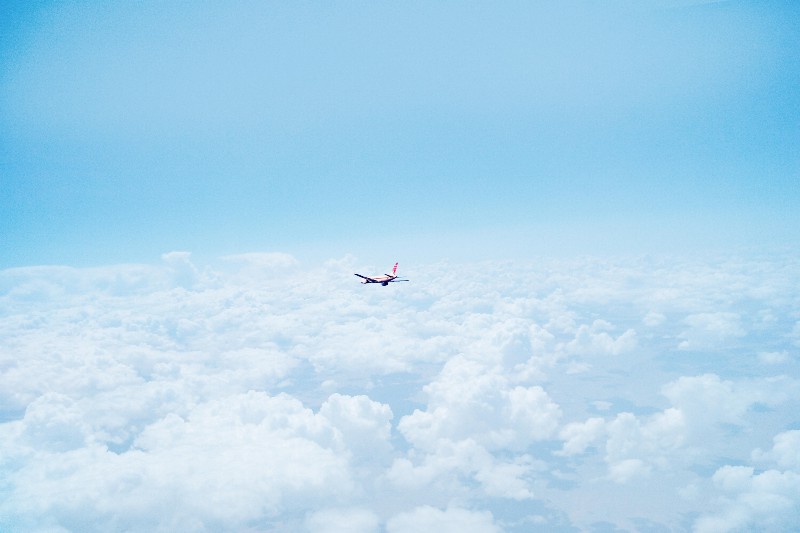 Last year I caught a bug for writing and back in February when I first spoke in public, I caught a bug for that too. So far, both of these have been my ways of getting my ‘teaching fix’ and sharing my knowledge with others – I thought I’d share a few of my learnings so far 🙂

Public speaking is often a topic that comes up when talking to others in this field of work. However, in these discussions I find that people often feel that they don’t have anything valuable to share, feel it’s a lot of effort, don’t see the benefit in speaking publicly or just don’t have the confidence to do so — these are definitely all points that previously put me off speaking in public. One of the things I love most about my career is the community – there’s so much being shared and so much to learn from, public speaking is just one of the great ways of giving back to that community.

If we rewind to a few years ago, there’s no way I would have ever dreamed to speak in front of an audience. Whilst I’ve only spoken at several conferences and a couple of meet-ups, here’s a few of the things I’ve learnt along the way.

It’s a lot easier after the first time

If you’re nervous about speaking publicly, then just like anything it definitely gets easier after the first time — and for some maybe even a lot easier, especially if you’re going to be giving the same talk the next time around! For me it was acceptance, learning that what I was speaking about engaged the listeners and made sense to them. And given that the title & abstract of your talk are honest, it’s guaranteed you’ll have viewers that will be engaged in your talk.

Just like driving, baking a cake or attempting to play a first-person-shooter online – everything gets easier after the first time round.

One of the things I’ve loved about conference speaking is the motivation to visit new places. In all honesty, Romania has never been in my mind as a place to visit — but being invited to speak there back in March gave me 4 days to explore the city of Bucharest. Berlin has always been on my list to visit but i’ve never got around to going. Being offered a slot at Droidcon Berlin gave me even more of a reason to go and take a short break there also.

I’ve never thought about visiting Boston, it’s always been somewhere i’ve never known much about and when I booked the talk I questioned what there would be to do there – but I had an awesome time visiting. And after Boston we caught the train down to New York, it was the perfect excuse for a long weekend in the city!

This is one of the main ones for me. Public speaking has given me more motivation to get out there and visit new places, opening the doors to see areas of the world that haven’t been on my radar to visit 🙂

Whether it’s viewers who have questions about your talk, questions about problems they’re having or simply just want to say Hi – one thing for sure is you’ll always meet great new people.

You’ll meet people starting out in their career, mid-levels a few years in and veterans who are known in the ‘scene’ — it’s a great way to build your profile and connect with new faces.

And reconnecting with old ones

Conferences in general are a great chance to meet-up with friends within the industry. These may be people you’ve previously met at conferences, spoken to online or even work remotely with. You’ll also probably hang out with their friends too and vice versa — which is even more new faces to meet 🙌

If you are heading out to a conference it’s a great idea to reach out to others beforehand — it’s easy to get caught up in a schedule and miss out on meeting up with others!

It’s about getting rejected

My papers were rejected several times for several different conferences before I begun to receive acceptances. In fact, I still get rejections now for conferences – sometimes your talk may just not fit in with the rest of the talks, or other peoples talks are more relevant than yours at this time. But rejection isn’t always bad! Getting rejected made me go back and improve both my talk abstract and slide content for when submitting it to any Call for Papers. Rejection is sometimes a great motivation for improving on what you do — revisit your efforts and smash it the next time round 👊

You can keep the content of your talk fresh by ensuring you update the slides as the subject you’re talking about is updated. For example, as soon as some new Android TV features were added in Android N, I updated my Android TV talk to look at these features – which helped to keep my talk current and offer something new for people to hear about!

It’s about sharing your learnings

Everyone has a unique experience when they work on something. We’ll experience different failures and different successes , be it in the topic we’re speaking about or something closely related. Speaking is a great chance to share this with others and relieve this pain for when they may encounter such an issue. When was the last time you were saved by someones answer on stackoverflow? 😅

It’s about learning to communicate better

In this field you need to communicate with either clients, users of your product or other team members. Sometimes this will involve technical discussions, public speaking helps you to get better at conveying your message. The audience of your talk can range from absolute beginners to experts in the field, so you’ll need to get better at communicating with this wide range of skill levels in order to make your talk understandable for everyone.

Learning to speak about things at both a higher and lower level is an invaluable skill — they’ll likely be a varied set of listeners in terms of skills, being able to convey your message to as many as possible is important.

And about becoming a better listener

Most of the time people are going to ask you questions, which is when you’re going to be put on the spot so be prepared to be switched on and listening. Time can be pretty tight at talks, so losing any through miscommunication can help ruin your flow and even make others miss out on asking you qeustions. Also if you plan on speaking internationally, you’ll speak to people with various accents so listening is vital 😊

You’ll also more than likely get feedback on your talk too, maybe you spoke too quietly or went through your slides too fast. Both of these situations are oppourtunities for you to better yourself at what you do. There’s always room for improvement, so embrace any feedback you get!

It’s about building your confidence in what you know

The more I’ve talked about Android TV to people, the more I understand how it functions. When I began talking about it, my knowledge was quite basic – I hadn’t been working with it for too long before giving talks on it. But the more I spoke about it (on top of the more I worked with it) the more confident I became in what I was talking about. Teaching my learnings to others helped me to gain a better understanding of the Android TV framework.

And sometimes you’ll get those moments when you may have doubted yourself in certain areas of a given topic. For example, someone may ask you how to do x using the library y that you’re talking about – you’ll think about it and come out with a solution that you had never even thought of before. Moments like these will also help to build your confidence in the topic that you’re talking about.

And improving on things you thought you knew

They’ll be moments you’re talking when you realise that you don’t actually know as much as you thought you did on a certain area. It’s happened several times when I’ve been speaking and it’s fine – if anything, it’s motivation to go away and improve on the things you don’t know so well. Speaking isn’t like being at your computer, you don’t have time to google the answer or sit there for a few hours trying to find a solution.

When you’re speaking you’re put on the spot — this can sometimes be a good way of being ‘tested’ on what you know. And if you don’t know as much as you thought, that’s fine — this field is all about learning 😊

Both during and after your talks, your listeners will most likely ask you questions about issues they’re having with the topic you’re talking about. Whether it’s how to do x with the new support library, or how you tackled y using RxJava, there’s no doubt that you’ll get the chance to problem solve with people. This may be something you’ve tackled before, or something you’ll get to pair problem solve on the spot and learn something new from.

No doubt about it, you’ll again gain / reinforce confidence in the topic and get the chance to briefly work with someone completely new on solving a problem. Because everyone has a different way of thinking, working with new people is such a valuable experience that is not to be missed out on.

And being helped to solve problems by others

But it’s not always you being the one to help others. Chances are there’s something you’ve been stuck on, or unaware of how to do based around the technology you work with – it’s also likely that there’s someone watching your talk that knows exactly how to do that thing. And as I’ve previously mentioned, there’s always going to be something to learn from somebody else – so it’s likely that there’s someone listening who knows more about your topic (or a part of it) than you.

Not only will this help you overcome this problem the next time you encounter it, but it gives you something to add to your talk and share with others next time around 👌

And at the end of the day no matter how many people attend your talk, there will always be someone in the room that can learn something from you. Whether it’s something about the topic you’re talking about, the company you work for, the presentation slides you’ve created or the way in which you’re speaking – someone will always walk away with something new.

And lets not forget about some of the free stuff

Whilst you should try and get your travel costs covered, this isn’t always going to happen – especially when you’re starting out or speaking internationally. But it’s not always so bad, the conference will often make it up to you in other ways with free food, free swag or even cover the cost of a night at a hotel for you. And if they don’t offer at first, it’s always worth asking – if you don’t ask, you don’t get 😄

I hope a few of these things have maybe made you consider sharing your knowledge publicly or given you the confidence to do so. After all, I’d love to learn something new from you 🙂

My next talk is at Droidcon Vienna! Like I said, I really enjoy public speaking. If you’d like me to talk about Android or Programming in general at your conference, hit me up on twitter!

Check out some of my side-projects at hitherejoe.com